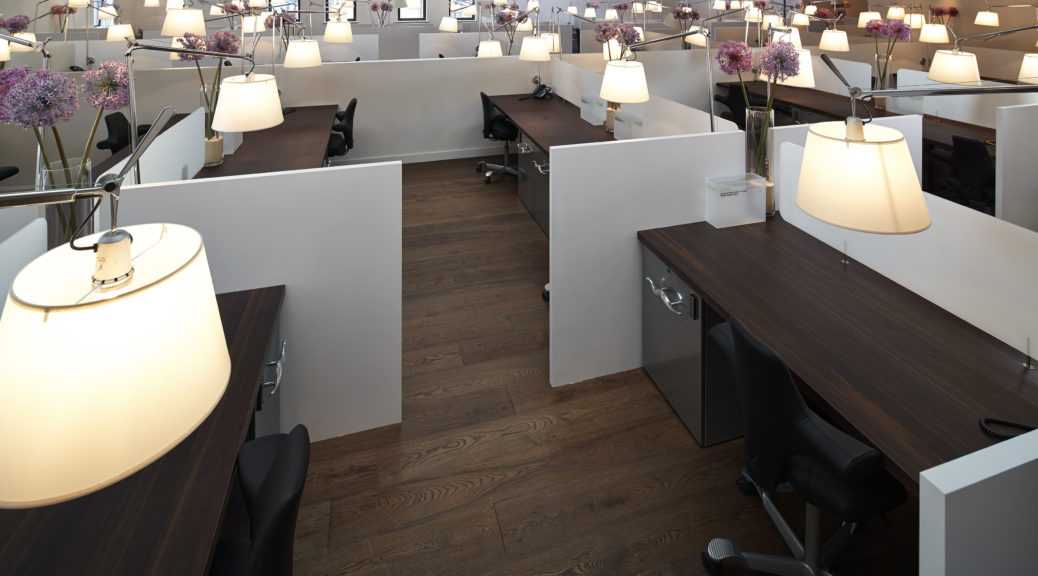 Hot desking is a rising phenomenon throughout offices across the UK where multiple workers use the same ‘physical’ workstations at different times.

Hot desking is not limited to company size. Large-scale organisations, such as Deloitte and Microsoft, have recently adopted the hot desking office culture to maximise productivity and their real estate. Hot desking is also utilised by smaller scale companies in order to keep costs down. It is increasingly being used in industries, such as sales and consultancy, where employees do not need a permanent office base.

Our community manager, Magdalena Skrok, discusses the top five benefits to this growing trend in the modern workplace.

Sitting at the same desk every day, surrounded by the same people can stifle cross-company social interactions. Hot desking allows employees to sit with a new group of colleagues every day, encouraging team members to engage and work with those who they may not usually work with. A collaboration of different skills and ideas can arise and be beneficial to projects and tasks. Increased connections and communications within the company, whilst also boosting company morale and confidence.

This benefit can also be particularly useful for start-ups and freelancers in co-working spaces as they look to expand their network and connections. We encourage workers to get together and socialise at events in our member’s lounge over food and drinks.

Everyone can admit it is nice to be able to decorate a desk and make it feel more familiar. However, often this leads to clutter and an accumulation of old tasks that are no longer needed which can become distracting. A hot desking environment motivates people to declutter and become more organised. A clearer and tidier workspace often means a clearer and more productive mind!

Office space can be a very costly expense for many companies, especially if employees are often out and about or work part time. Hot desking allows companies to cut down on unoccupied space in order to reduce costs. Switching to hot desking means companies effectively utilise all the office space they already have and pay ‘per desk’ rather than office floor space. By using a collaborative workspace, businesses can cut down on amenities such as refreshments, utilities, and internet.

Choosing your own environment

Hot desking allows people to feel like they are no longer chained to their desks. Some people prefer to work in peace and quiet in order to concentrate, whereas others thrive of the hustle and bustle, and engage in discussions and conversations. Hot desking accommodates everyone’s different working preferences. Allowing employees to be flexible in the environment in which they work can make them feel more empowered and happier at work. This is why at Le Bureau we offer desks in a large co-working space or in private offices.

With the normalising of flexible working and talks of a four-day working week, there is a growing need for companies to digitalise their operations and business systems. Hot desking encourages and ensures organisations are undergoing these changes to modernise their infrastructure. This modernisation enhances security and performance of software and hardware platforms, thus encouraging greater efficiency within the organisation.

Find out more about how hot desking works at Le Bureau and how we can help accommodate your business here.