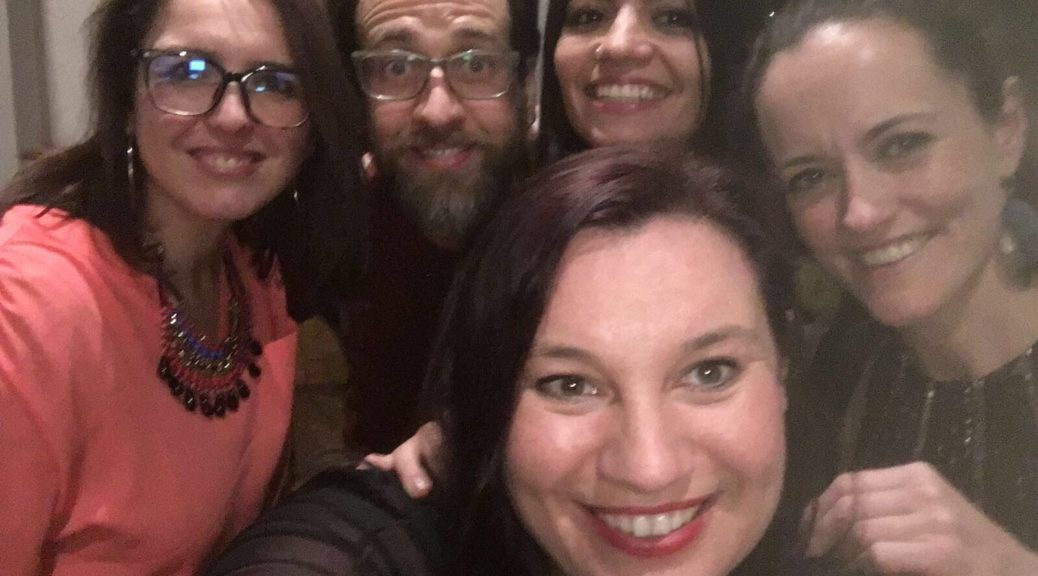 What do you get if you put 200-odd creative, motivated self-starters in an office, give them a communal kitchen (plus access to caffeine) and a pub nearby? Firstly, a prodigious work rate. Then they will start to socialise.

One of the most common questions asked by prospective members as they tour the office is: what’s the social scene like? It’s a legitimate query: if you are going to spend more time with a group of people then with your family, it would be nice to occasionally… interact.

Fortunately the answer to the question is: the social scene is great. The benefit of a co-working space (as opposed to a conventional office) is that you won’t suffer the slings, arrows and angry stares that come your way for refusing ‘optional’ Work Drinks (thus forever casting yourself as the office pariah). There are lots of social events on at Le Bureau, but you can dip in and out at will.

A recent highlight of our social calendar was a hugely popular wine tasting session, sponsored by Le Bureau and run by a former member. By 7pm, a large group had convened in the Members’ Lounge, lured by the promise of an evening of fun, free wine and…well it was mainly the wine, but the crowds fell silent to listen to an expert discourse on  vino and swilled, sniffed and swallowed their way to an entertaining, informative evening. Reports of a subsequent game of spin-the-empties remain unsubstantiated.

More wine and beer tasting events are planned for the coming months – check in with the blog for details.

Christmas always heralds a big do, and last year’s was no exception. On Friday December 11th, Members arrived for a 1920’s themed evening of drinks and a three-course dinner at The Battersea Quarter. There was an ambivalent approach to the optional dressing up – the eventual winner of the Best Dressed Award, Tectus architect Charles Browne-Cole, was wearing a hat. But it did nothing to dampen enthusiasm and as the wine flowed, members got stuck into a fiendish film quiz created by Jigsaw Business Solutions. It was a hit with everyone who didn’t accidentally spill red wine all over the paper. Winners are still TBC.

From The Battersea Quarter, it was on to Clapham high street for live music at Buena Vista and dancing at Mosquito, where Members continued the party into the early hours.

By March, we were ready to celebrate again. This time the festivities were held a little closer to home at the Victoria pub, Le Bureau’s assiduous local.

The Vic may occupy a less-than desirable spot on the traffic thoroughfare that is Queenstown Road, but at less than four minutes away, desk to door (not that we’ve timed it), charming staff plus a decent range of spirits and beer on tap, it is an office institution. It is the sort of place where one quiet drink can turn into an all-out party where the whole place erupts into a spontaneous sing-a-long and people dance on tables. The fine drinking establishments of Clapham’s are short walk/Uber ride away

Members recently flocked to the Vic for the Spring Social, to give it its official name (it was also referred to variously as ‘drinks’ or ‘Friday night’) on Friday March 11th. It was great to see so many Members in attendance and several new companies received a hearty welcome. Whether it was the start of spring, the longer, lighter days, or the impending end of the tax year, people decided that it was worth celebrating, and the sound of Prosecco bottles popping could be heard around the offices from 5pm.

For those with less time, there is plenty of activity within the Le Bureau walls. As in most homes, the kitchen is the main hub of activity. Everyday, at 3pm sharp (otherwise an angry mob forms), the office managers set out a biscuit basket in the kitchen. Lifelong bonds have been forged over the tricky decision between a Jaffa Cake and a Digestive (the answer is both) and in line for an afternoon hit of caffeine. On Fridays, the biscuit basket makes way for magnificent platters of cheese and crackers, deli meats and cakes of all persuasions, laid out in the Members’ Lounge, a communal space where people can chat, eat lunch or hold informal meetings. Many of these ‘meetings’ happen spontaneously just after the Brie comes out.

The recently-launched Wednesday Running Club (which will be re-branding as the Go Outside and Do Something Club, so as not to alienate non-runners) has already proved popular. Leaving from Le Bureau at 1pm sharp, it’s a chance to get away from your desk and energise for the afternoon ahead in the lush greenery of Battersea Park. Everyone is welcome, whatever your ability.

It is these events, big and small, that draw Members together and give them respite from the working day. In an office where everyone works together, separately, they form the Le Bureau equivalent of a tea break.

But better, because ours have cheese.