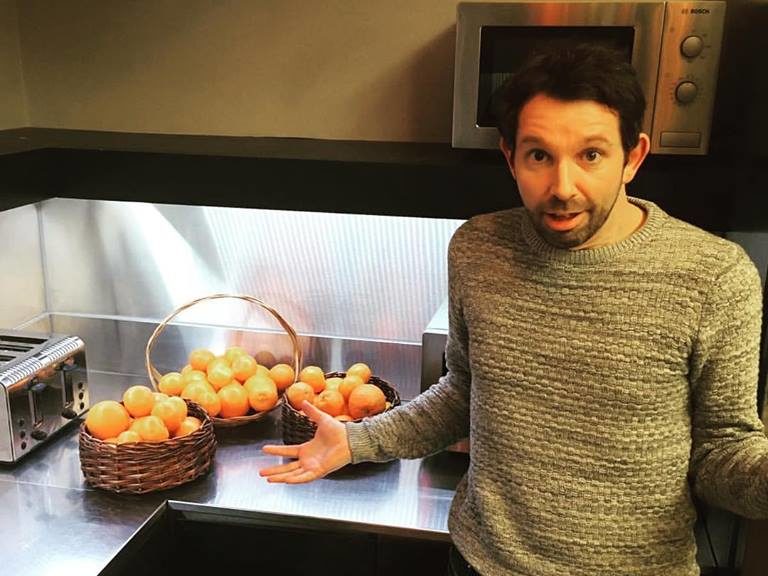 MONDAY
WHAT a weekend. I was only meant to have one at The Victoria on Friday, but then one turned into two, and two turned into a lock-in, a game of strip poker, and where did that ostrich come from?  I knew that last shot of Frangelico was a bad idea.

Saturday was a write-off, and Sunday for that matter… but, I’m buzzing to be back in the office this morning. Looking forward to dancing round everyone in the kitchen as we catch. Working in a coworking office is so sociable.

It has been productive morning. Two articles written, caught up with all my invoices and still time for a swift glance at Buzzfeed. Now time for some well-deserved biscuits. To the kitchen!

Wai– hang on. Where are the biscuits?

Why are there apples in the biscuit basket? There has clearly been a terrible mistake.

“We are trying to do healthy eating,” says Kinga, Office Manager extraordinaire. I am too scared to argue with Kinga.

OK, I could get on board with this. I’m still trying to shift those last festive pounds anyway. The apples are sweet and refreshing; not quite a Bourbon, but still ­– enough to rouse me up from my 3pm slump.

Besides, biscuits will be back tomorrow and the world will return to normal. I can go ONE day without biscuits. This is a good thing, if anything. 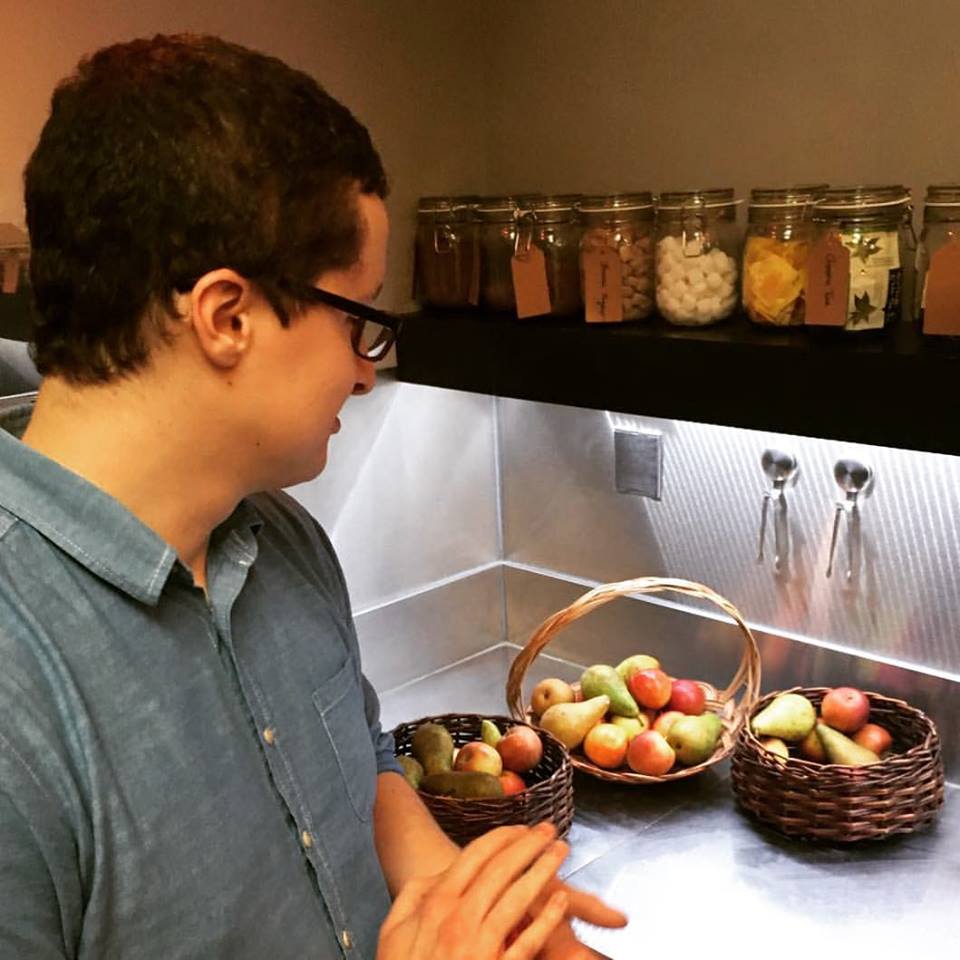 TUESDAY
I am seriously busy today, I’ve barely had time to annoy Magda or build a box fort like I had planned. Every time I start a new task, seven emails ping into my inbox and it’s 45 minutes until I can get back to what I was doing. Time x resources: it’s a challenge faced by all the small businesses in Le Bureau. I’ll have a Jaffa Cake at 3, that will cheer me up.

RICE CAKES? What is happening?

An entire week without biscuits? Are they mad? Is this The Matrix? Have I accidentally fallen through a celestial portal into a parallel universe where biscuits don’t even EXIST? I don’t know who I can trust anymore. I don’t know who I am.

Actually, these rice cakes aren’t bad. Especially the chocolate ones, from which I can suck out what appear to be real flecks of chocolate.

If I close my eyes, this could be a dark chocolate Digestive. Almost. But I feel better about eating this rather than an ACTUAL Digestive. Maybe this ‘healthy eating’ isn’t so bad.

WEDNESDAY
Sweet mother of mercy, I would give my firstborn for a chocolate finger. I don’t even want to think about the depths I’d sink to for an Oreo right now.  I’d take a Rich Tea, honest to god I would. There are desperate times.

All I can think about is sugar. How is it only Wednesday? How are we possibly only half way through the week? I went to the kitchen in case there were some old Fig Roll crumbs under the microwave, but nothing. Throwing myself on Magda’s mercy didn’t work either: she refused to unlock the biscuit cupboard and suggested I take one of the oranges on offer instead. I thought we were friends, but now I can never talk to her again.

That’s it, I’m going to the vending machine. If that has run out of Minstrels, I can’t be accountable for my actions. 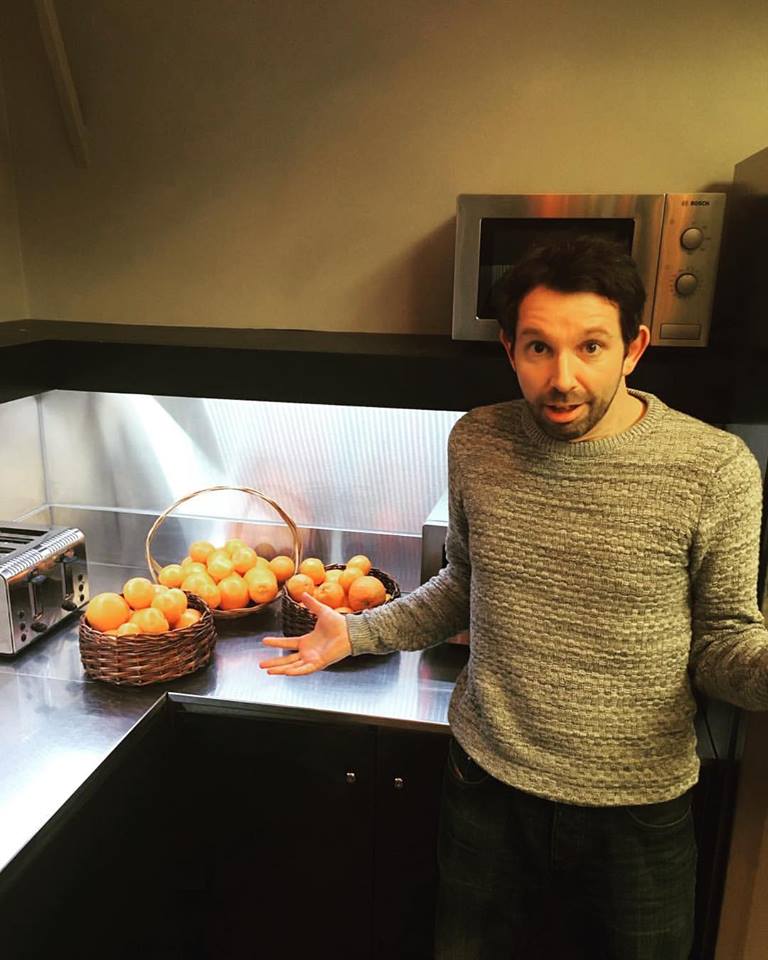 It has been another busy day. My new client has finally sent through that confirmation email and another has sent through some positive feedback. Little wins are so important when you are starting out. I should probably open Prosecco.

I know there won’t be any biscuits today… but that’s OK. I have made my peace with Healthy Eating Week. Without my usual post-3pm sugar slump I find that I am more productive in the afternoon and well into the evening, too. I wonder what it’s like to see daylight.

And the rice cakes are back. I have developed a taste for the caramel-flavoured.

It is fine that I have eaten three of them, because they are healthy. 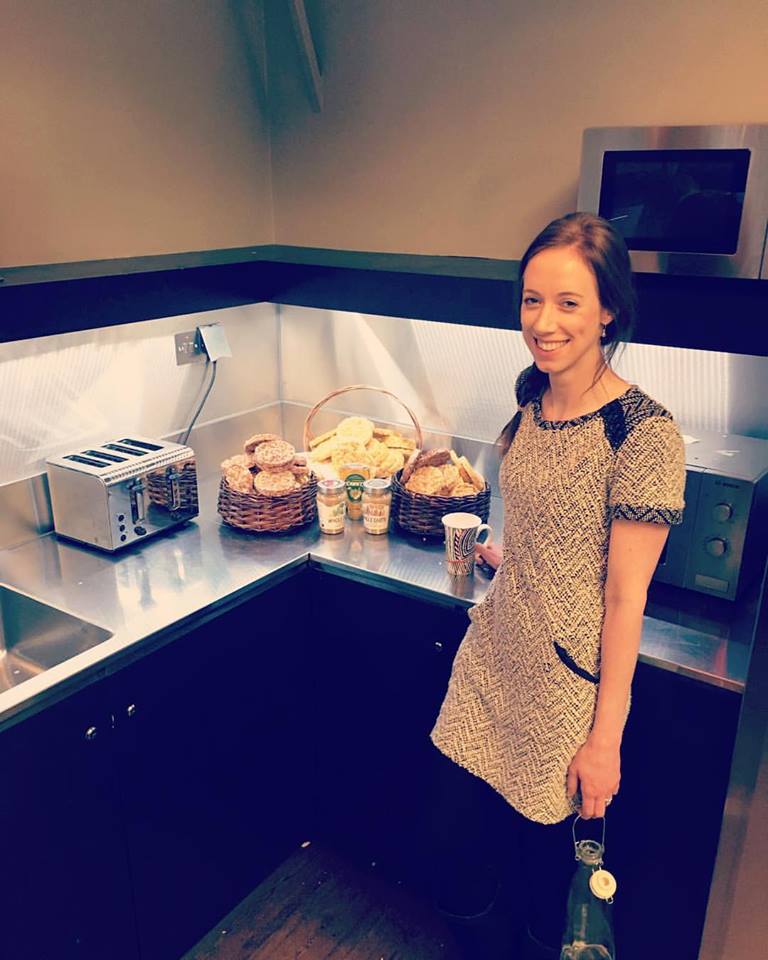 FRIDAY
Healthy Eating Week is almost over. I would go as far as to say I enjoyed it.

But I feel better for not having eaten biscuits every day.

Without the temptation I found that I did not miss them… that much.

When I sauntered past the Members’ Lounge at 3:05, however, I was relieved – OK, ecstatic – to see that Cheese and Cake Friday was in full swing. Two pieces of cheddar, five rosemary crackers, three slices of salami and a slither of Dime cake later and I am sated.

Banish the biscuits, and it is an interesting experiment that I say we should re-try every once in a while.

But deprive the us of cheese and cake and there will be blood.